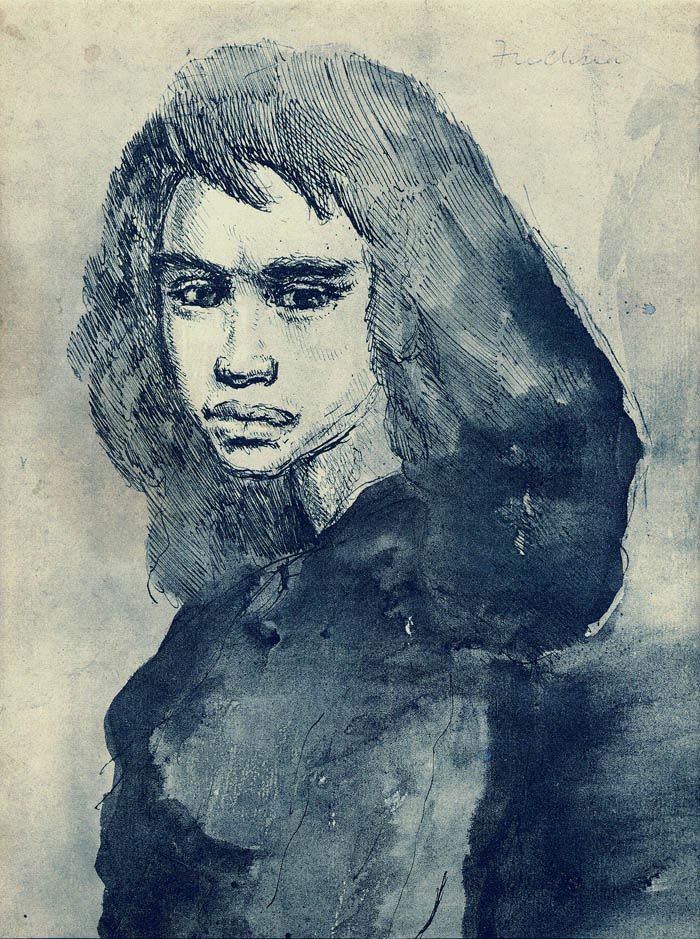 “The fuschia is shallow-rooting and hence requires frequent watering, so drainage must be fast enough to carry away all excess. A mulch of peat or sawdust will keep roots cool and supply moist air when watered frequently. You cannot overwater fuschias if the drainage is good … Growing fuschias in bush form is easy. You control shape of the plant by regular pinching or pruning. Shortening of the main branches and pinching back of shoots produces a busy, stocky plant. Leave the branches fairly long if you want a plant with a loose open habit of growth” – Joseph Buttigieg

The heat has finally decided to recede but the weather is still nice – October is equivalent to spring in Malta but it comes with Halloween attached, therefore it wins.

Traditionally associated with decay, the season has actually borne some fruit for me already, so it’s just a matter of maintaining a productive momentum now.

Some moments to boast about, because that’s how the web-generation rolls. 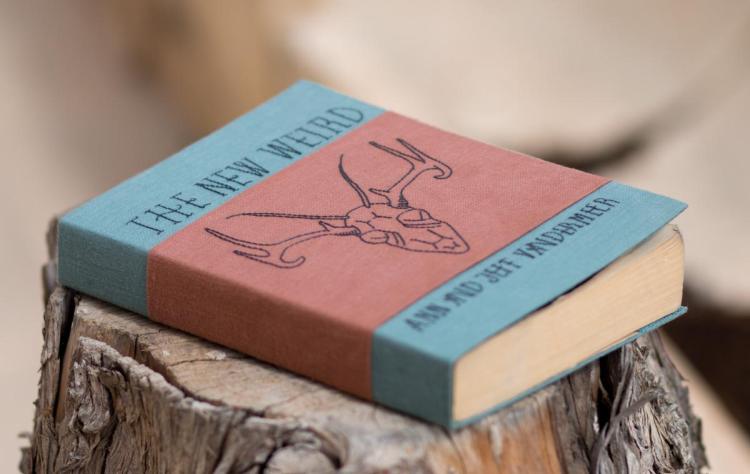 The New Weird anthology of short fiction and essays (edited by Ann and Jeff VanderMeer) may not be the absolute best and/or influential book I’ve ever read, but it’s had a strong enough impact on my post-adolescence creative life to warrant at least its own custom dust jacket.

The anthology introduced me to M. John Harrison – ‘The Luck in the Head’ is proof that genre-inflected surrealism could really be a thing, with atmosphere to boot – and it made me sit up and pay attention to Clive Barker, as ‘In the Hills, the Cities’ showed me that far from being superficial trafficker in splatter, Barker is interested in tapping into the primoridal (at a stretch, ‘pagan’) strain of horror fiction. It has even led to friendship, as Alistair Rennie’s blistering, shocking and hilarious ‘The Gutter Sees the Light that Never Shines’ (the only original story in the anthology) made me seek out the author online, and a couple of years later I found myself sitting on the sofa of his plush Edinburgh pad showing him a video recording of a round-robin reading my friends and I performed of the story (in funny voices).

Its carnivalesque meld of genre elements and literary fiction made me feel like kindred spirits were around: that I could consolidate my since-childhood love of genre fiction with a newfound love of carefully constructed language and intertextual lit games. This spark was an extra kick in the butt to kick-start one of my enduring (collaborative) passion projects, Schlock Magazine, and the addendum essays gave a necessary backbone to my MA dissertation on the New Weird.

I knew my friend Sarah Micallef – aka The Secret Rose – would be able to meet this challenge, and then some.

Click here to get the full lowdown on how she put this baby together. 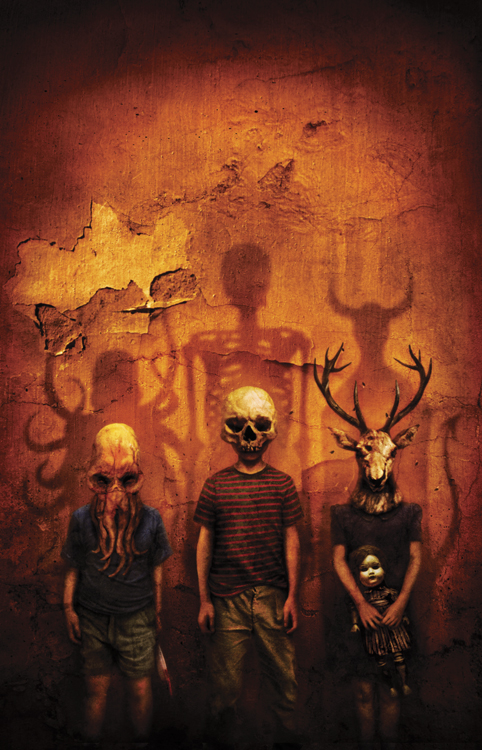 Speaking of Schlock, this month we’re resurrecting from our summer-slumber (blame the aforementioned heat) just in time for – again – Halloween, and I’m quite happy with what’s in store.

Already up is our interview with prolific writer and editor of The Spectral Book of Horror Stories Mark Morris, along with a profile of Spectral publisher Simon Marshall-Jones.

I like the unsentimental approach Morris has towards fiction writing; an inevitable survival tool, perhaps, considering he’s written tie-in material for properties like Doctor Who, Spartacus and the Dead Island video game.

Here’s my favourite extended quote from the interview:

“I accepted the ‘Dead Island’ commission – an 80,000 word novel in four weeks, based on nothing more substantial than 15 pages of gaming notes. I panicked and sweated over that one for an hour or two after accepting it, and then knuckled down and within half a day produced a novel plan and writing schedule, which I stuck to rigidly. That then gave me the confidence to write a Spartacus novel, which again was an 80,000 words in four weeks job. I’d never seen the TV series and knew nothing about the ancient Roman Empire, but I said yes and just got on with it.”

In the weeks ahead we’ll also be featuring analyses on Penny Dreadful, along with an excellent essay on the ‘splatpunk’ horror sub-genre that delightfully skates a fine line between academic rigour and fannish enthusiasm.

Click here to read our full interview with Mark Morris.

It has also been a good season for reading so far. I’ve finished Karen Joy Fowler’s Booker-nominated We Are All Completely Beside Ourselves last night; having zipped through it in little over a week (a busy work week, I hasten to add). Though I think it’s ultimately not as hard-hitting and profound as it could have been (strong ideas are suggested but never allowed to fully take root), it remains an endearing and touching read. Fowler is clearly an effortless storyteller; there’s a fine balance of heart and mind all throughout, and the back-and-forth narrative is effervescent and rich.

On an entirely different tangent, Jeff VanderMeer’s conclusion to his Southern Reach trilogy was both obliquely satisfying and inspiring. To some readers’ frustration, Acceptance deliberately refuses to wrap up every single mystery at the heart of Area X. But I found its oblique approach to be its most powerful quality. 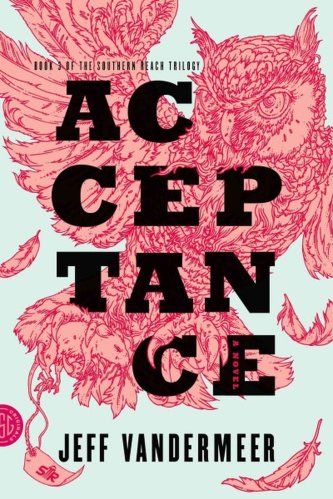 In fact, ‘oblique’ is what is best about both the VanderMeer and the Fowler book. Among other things, memory is Fowler’s theme, and the fragmented hopping back and forth of her narrator Rosemary is what lends the book both its charming conversational rhythm and uncanny poignancy.

VanderMeer, on the other hand, enhances his genre-collage by coming at everything sideways and leaving plenty of leftover gaps for the reader. Gaps which, thanks to his left-field manipulation of genre details, create a creepy – in the literal sense of ‘creeping’ – effect over the proceedings.

I will be talking about the Southern Reach Trilogy with my good friend Marco Attard, for an upcoming edition of his Pop Culture Destruction ‘Destructcast’.

The Southern Reach Trilogy is also about our mistreatment of the natural world and its enduring power despite all of this, so I was glad to experience some of nature’s wrath first-hand during a picnic-cum-hike at one of Malta’s few remaining spots of unblemished ‘nature’.

Far from being a damper on our outing, a sudden storm lent a welcome atmosphere to our adventure. We found shelter and watched the rain and lightning, and the mud-caked trip back ensured we experienced something of an adventure too.

I couldn’t have asked for a better way to usher autumn in (see image above).