Haven’t updated here for a while (he says, as if we’re still in Livejournal-world, as if our ‘updates’ aren’t energetically diffuse and many across various platforms now), though I’ve been wanting to for quite some time.

It hasn’t happened for the usual reasons — as ever, time and energy — though a meditative pit stop over at the blog would have been just what the head-doctor ordered (if I still visited one, that is, so this is all speculation).

Hectic times require a time-out, but sometimes a time-out is not possible because hectic time leaves very little time for anything else. As the current leader of our supposedly “free” world might say, “Sad!”.

So while my nerves are in a slightly calmer state at this point in time, as I sit back at home freshly showered and returned from a long weekend in Palermo, the mind remains scattered, and this blog post will be scattered too. In fact, I will use it in an attempt to un-scatter the mind as much as possible. It will be bitty. It will be chaotic. But it will also be, I think and hope, true.

Speaking of scattered, ramshackle, shambolic and words of that type — pejoratives designating ‘chaos’, as the Pedant Mind would perhaps put it — I have thoughts on the Tom Hardy-starring Venom. Though this is mostly because I’ve been paid to have them, and the result of all that can be read through here at your leisure should one be so inclined.

But beyond what I thought about this uneven and certainly messy corporate love child between Sony and Marvel, the reaction to the film also gave me feelings.

A big fuss was made on how audiences and critics were divided on this one — with the punter giving the thumbs up while the boffins gave it a thumbs down — this isn’t really the talking point that impressed me the most. Though it’s certainly interesting that the divide was so great this time around, what got to me is how critics in fact kept bringing up the issue of ‘tonal consistency’ as the main problem with a film like this.

Colour me unconvinced, because tonal consistency is the last thing I’d expect from a film like this, and if that really is a sore point for you in a film about a gloopy black alien ‘symbiote’ looking for a human host to get psycho with (on? through?) then, you know, priorities.

If anything, tonal consistency is really something we could do with far less of in mainstream cinema. The Marvel Studios film may hit the mark way more often than when they miss, but it’s hard to deny that their over-curated approach hampers style and invention.

A recent example of the opposite approach worming its way into the mainstream is Gareth Evans’ Netflix Original feature Apostle. Sure, it’s a mess that outdoes Venom on the ‘grace and coherence’ front — feeling more like a mini-series cut down to feature length size (while remaining lumberingly sizeable all the same) and whose sudden shifts and escalations will have one believe Evans way maybe — just maybe — taking a teensy bit of a piss as he hammered out the script for his own feature.

But it’s also a delightfully bonkers ride that plays with your feeling with the same intensity it juggles genres. Anything can happen in the manic micro-climate that Evans has created, and very often it actually does.

It strikes me that ‘tonally uneven’ stories are actually the best suited format for popular narratives. Are the folk tales we told ourselves by the campfire for centuries ‘tonally consistent’, for example? (They may be formally rigid – but that’s another thing entirely.)

I want my mainstream blockbusters messy. Because anything the alternative appears to be a deliberate flattening of nuance and the random energy that seeps into a work and makes it its own. 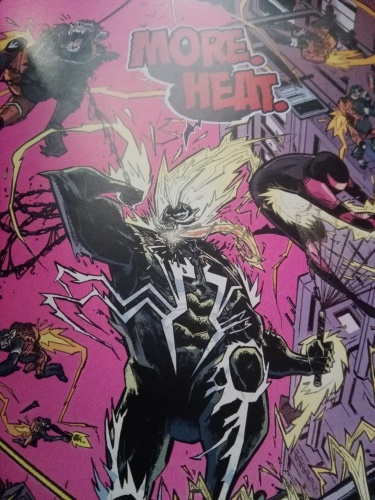 Hope does show up in strange places, though. Just as we were about to board the flight to Palermo, I decided to go against my usual habits and actually pick up those collated Panini UK editions Marvel appear to have designed specifically for airports.

One of these anthologised and slapped-together storied featured a Ghost Rider-Venom hybrid. Now that’s the kind of pulpy chaos that I wanna see in these things.

Speaking of things that are best left messy, Palermo was an utter delight. One does not want to romanticise decay and deprivation too much, of course, but coming off from our own Capital of Culture year — an initiative that actually extols the opening of over 40 boutique hotels in Valletta as something positive — witnessing the crumbly decadence of Sicily’s capital city, especially during their own run at an international contemporary arts festival (Manifesta 12) was nothing short of inspiring.

While similarities to Sicily and Italy certainly abound — though the climate is ever milder and the Arabic influence is very much felt in the architecture too, sliding into the Maltese language instead over here — my impression this weekend is that where Malta is over-curated, Palermo runs on a kind of studied neglect. 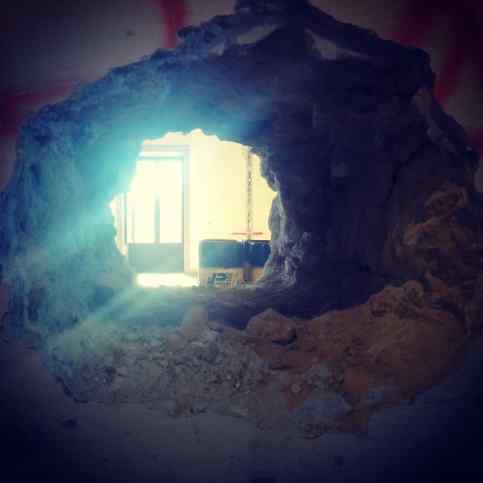 I couldn’t imagine the Maltese artistic establishment to ever work up the nerve to display artworks in an exhibition commanding international renown with as casual and lax an approach that we found at Manifesta 12; weaving through palaces long past their hey-day, and — one assumes — walking a precarious tip-toe across health and safety regulations.

In Malta, we are perhaps a little bit too afraid to fail. But that fear clamps down any nooks and crannies of possibility that may open up.

Back in Malta now though, and a crazy week of deadlines will hopefully give way to a long-awaited month to geeky opportunity and plenty. First out of the gate is a talk my dear friend and collaborator Stephanie Sant and myself will be giving at Malta Comic Con, concerning out short film ‘Camilla’, which you can read more about here.

But wait! The real hook here is that the event will also serve as the trailer premiere for our short! So should you be at Malta Comic Con this weekend — and you definitely should be, given that it’s the 10th anniversary edition of one of the most enthusiastically put together and consistently strong celebrations of comics and pop culture on the island — do stop by on November 3 at 15:00 to watch the trailer and hear us speak about the evolution of the project.

I will also have a table at the Con all weekend, and would very much appreciate chatting to whoever passes by (I mean it — despite my lowkey misanthropy still going strong after all these years, these things can get dull for long stretches, to the point where human interaction suddenly becomes a welcome prospect).

I will be chairing the Literature in the Diaspora conference at the Malta Book Festival on November 7 at 19:00. I will then be having a one-to-one live interview with one of the conference’s participants; the fiercely intelligent Croatian writer Nikola Petkovic, on November 8 at 17:30.

‘Camilla’ will then premiere on November 10 at the MA Grima Hall of the Mediterranean Conference Centre in Valletta. The show starts at 20:30, and also forms part of the Malta Book Festival.

And after that’s done, I jet off to Glasgow to see Slayer and a bunch of other nutcase-loud bands. But that’s a story for another day — should I survive it, and whichever shambolic shape I’ll be in at the time.