Anyone interested in the general direction of the Maltese ‘arts and culture’ scene is bound to have formed an opinion about Valletta 2018 — better known colloquially as “V18”, though its overstaffed PR machine has been keen to quash that tag of late, deeming it off-brand.

I’m writing this at the tail end of a balmy pre-summer’s day, after having actually enjoyed a V18-supported event, so I’ll keep both the ranting and mild hypocrisy down to a minimum here. But I will say that the focus on branding is starting to grate a little on me, along with the feeling that somehow, the whole initiative seems to be characterised by an insistent tendency to miss the wood for the trees.

This, along with the fact that consistency and sleek branding seems to run counter to the behaviour and reputation of V18’s Chairman Jason Micallef.

Valletta, when it’s allowed to just do its thing.

No doubt already slotted in as a gaffe-prone, politically-appointed chair-warmer by a large chunk of those with an eye on the island’s cultural scene, the man is clearly a political animal, with a crude but nonetheless effective ability to tap into ready-to-burst emotional veins among the supporters of his political-ideological home base.

It creates something of a critical impasse, where anyone criticising Micallef and the Valletta 2018 Foundation is branded an elitist and, as the above-linked example involving Mario Vella suggests, something of an ingrate. Add a dash of that peculiarly Maltese brand of “If you don’t agree with what I’m doing it means you’re just a stooge of the other political party” into the mix – et voila!

But like I said, I’m amenable to take all of this philosophically, and even to wring out some positives from an equation whose results seem to be either a churn of deafening quietism (a large percentage of artists in Malta and Gozo are somehow tied to V18, and therefore contracted to remain silent on any shortcomings), or a pile of broken promises.

It creates something of a critical impasse, where anyone criticising Micallef and the Valletta 2018 Foundation is branded an elitist and even, perhaps, something of an ingrate

Because at the very least, V18 appears to have created something resembling a ‘mainstream’ under and against which other more independent-minded initiatives can emerge. It may all sound like scraping the bottom of the barrel of hope, but I think it’s a matter of focus and perspective that feels important.

It certainly had an impact on our devising of Apocalesque!, a comeback show for our little burlesque/cabaret troupe after a four-year hiatus. Somewhere down the line of devising scripts and planning rehearsals with our resident director Nicole, I was struck by the realisation of how most of our shows — having been performed during a time when the centre-right, ‘Catholic-Democrat’ Nationalist Party was still in power — would previously be concerned with issues of ‘public decency’ and censorship. 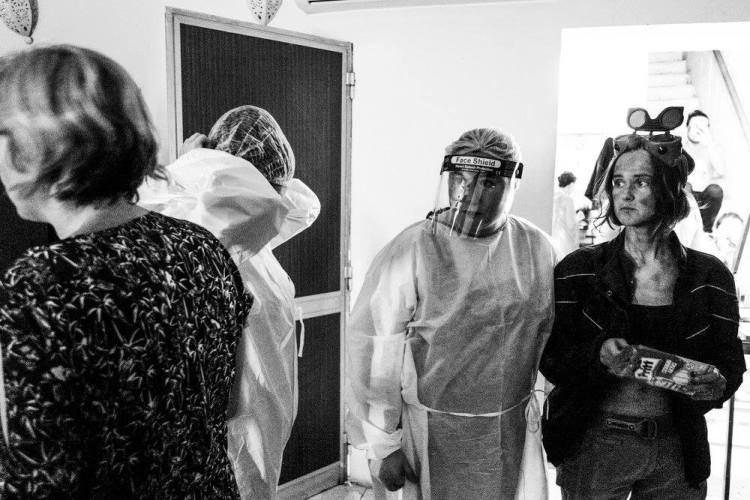 Backstage at the Apocalesque, 17.05.18 (dress rehearsal). Photo by Jacob Sammut

We knew we were pushing an envelope that had more to do with matters of morality and antiquated laws — which have thankfully now gone the way of the dodo.

This time, however, the motivating factors had less to do with easily-understandable cries for freedom, and more about puncturing a zeitgeist based around gentrification and the grandstanding so eagerly offered up by Micallef and his ilk. With V18 swallowing up so much of the cultural oxygen, we felt compelled to blow some of our own air out.

And I’m glad to see that we weren’t the only ones. Fresh off our show — and sharing one of our own performers, the inimitable Undine LaVerve — this year’s edition of Steve Hili’s Adult Panto puts the tale of Sleeping Beauty through its crude-and-rude wringer, and the go-for-broke approach was actually born out of a desire to swerve away from mainstream practices and do something loud and fun instead.

Throwing some insights my way, Hili recounts how the ‘Adult Panto’ series — now five editions old — in fact started off while he and other cast members would be goofing off backstage while taking part in the traditional Christmas pantos.

“I had been in a couple of traditional pantos and there always seemed to reach a point in rehearsals — when everyone was tired because we were in the middle of production week — that we would be messing about and coming up with our own jokes. A lot of these jokes were very very naughty, and we would always lament the fact that we could never actually use them in to what to all intents and purposes is a kiddies show!”

The cast of Sleeping Beauty: The Adult Panto. Photo by Sergio Morana

That simple prompt led to a series of raunchy shows existing at the periphery of the local theatrical scene, but performed with what I suspect is the same devil-may-care gusto of our our burlesque acts.

Being largely based in the UK these days, Hili — previously an energetic fixture of local radio — extols the “DIY” approach to comedy, and believes this to be, ultimately, the most liberating approach to the material that one can adopt.

“I have found that creating my own work and shows really works for the type of comedy I enjoy doing and I am good at. You would hope that artists here would feel the urge to adopt a DIY spirit. As part of V18 or as a response to it. That would be quite a legacy.”

In fact, turning his guns on V18 in particular, Hili laments how the Foundation and everything associated with it has not been successful in fostering the kind of freewheeling atmosphere of creativity that he describes.

“The way I had hoped that V18 would work was like the Edinburgh International Festival works,” Hili says.

“I had hoped that there would be lots of high-brow culture but that this would breed fringe events… I would hope that V18 was (and still is) a great opportunity for artists to take the bull by the horns and to create fringe events that offer alternatives including perhaps a way of dissecting the current political scene in a way that is free of the toxic environment that seems to have taken over the islands.”

Ultimately, however, Hili zones in on what will always motivate him to keep creating rough-diamond shows like this.

“We feel like we are thumbing our noses at authority. And I love it.”

Sleeping Beauty: The Adult Panto will be staged at Spazju Kreattiv at St James Cavalier, Valletta until June 15. For more information, click here.