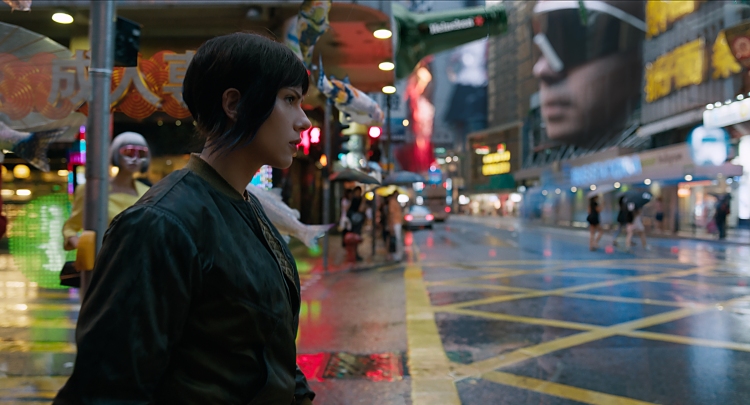 Scarlett Johansson in Ghost in the Shell (2017), dir. Rupert Sanders

This essay contains spoilers for Ghost in the Shell (2017). For my spoiler-free review of the film, click here

One thing that struck me in the aftermath of the live action version of Ghost in the Shell — controversially starring Scarlett Johnasson, formulaically directed by Rupert Sanders though undeniably beautiful to look at — is just how dearly some people cling onto their beloved pop culture properties, especially when a Hollywood adaptation comes around as does its thing with them, as it is wont to do.

Of course, this isn’t at all something new.

Neither is it something that I don’t myself recognise.

I’ve been guilty of it in the past, and I understand the strange cocktail that washes over a fanboy’s consciousness when these stories they’ve committed to, these stories that have carved an intimate wedge in our hearts and minds, are suddenly plucked out of their designated cubbyholes and thrust up on the big screen for all to see.

You feel as if your ownership of them is no longer a certain thing. In other words, you feel stripped of a privilege that was previously unassailable.

You feel like you should be the one telling people what this thing is really like, what it should really look and feel like, and how whatever adaptation has appeared on the scene is cheating people out of the ‘authentic’ experience of the original artifact in question. 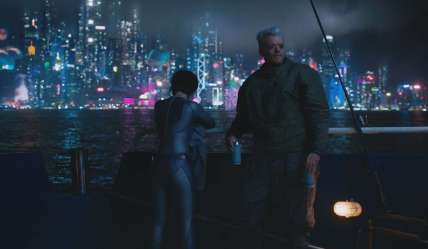 Scarlett Johansson and Pilou Asbaek in Ghost in the Shell (2017), dir. Rupert Sanders

But in the recent past, this was no longer all that much of a ‘thing’. Canny studios have realised that pissing off fanboys robs them of a crucial revenue stream, and so fidelity became the new thing.

Ironically, Robert Rodríguez’s Sin City could arguably be the finest example of a direct and entirely faithful comic-to-film adaptation, but the system in which it was made could be broadly described as ‘pulp arthouse’.

But with the likes of Marvel simply up and deciding to set up their own filmmaking arm, fanboys could finally breathe a sigh of relief and revel in the knowledge that their beloved properties will be projected onto the world stage more or less unchanged.

They were finally able to tell their peers, “Look, that is the thing I’ve been obsessing over for so long. Isn’t great?”, instead of mumbling some irritate thing about how this is all horrible and skewed and why are you enjoying it?

So in a way, Sanders’ take on Ghost in the Shell felt like a refreshing jolt of nostalgia for a time when nerd butthurt was an automatic reaction to whatever adaptation of a beloved property came out in Hollywood at any given time. 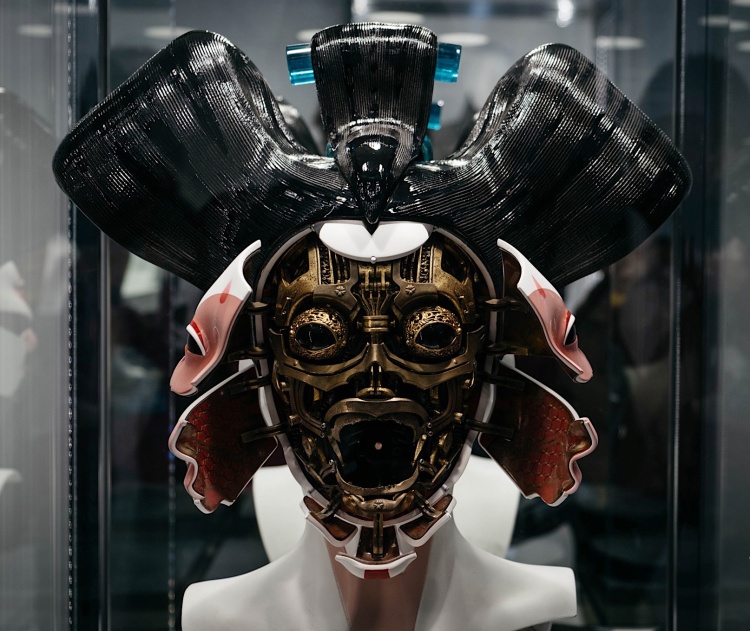 The insides of a cybernetic geisha head in Ghost in the Shell (2017), dir. Rupert Sanders

It was all salted by a juicily political polemic too — the whitewashing accusations that are awkward because, you know, she’s a robot but then they’re also justified cos, you know, Hollywood so White — so that it suddenly felt like we were on contested terrain once again: this wasn’t just a motion comic/live action cartoon for fanboys to lap up, it was an adaptation through-and-through, and thus open to criticism from all sides.

Whereas a studio like Marvel has a militarily imposed editorial line it cleaves to, Sanders’ Ghost in the Shell attemps to play with other tools to ensure both fidelity to the source material and a wide-enough audience appeal

In a cinematic landscape so aggressively framed by well-oiled franchises holding fanboys close to their hearts, even something otherwise equally a part of the blockbuster machine like Ghost in the Shell begins to feel like something of an outlier.

And ironically enough, its attempts to have the cake an eat it too — even if we assume the most cynical interpretation to be correct, that all of this would be in aid of raking in as large and diverse an audience as possible — only bolster its status as something of a more vibrant collage than its ultimately more successful counterparts.

Whereas a studio like Marvel has a militarily imposed editorial line it cleaves to, because it’s guaranteed success so far, Sanders’ Ghost in the Shell attempted to play with other tools to ensure both fidelity to the source material and a wide-enough audience appeal. 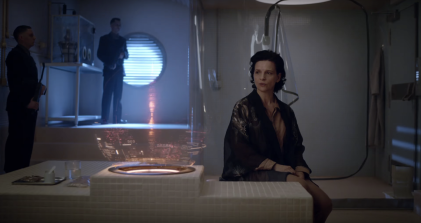 Juliette Binoche in Ghost in the Shell (2017), dir. Rupert Sanders

As if to compensate for casting Johnasson in the lead role, the rest of the cast is actually a pretty diverse international mix. ‘Beat’ Takeshi Kitano is wonderful as the mentor figure Daisuke Aramaki — and gets to speak Japanese throughout — while Johnasson’s closest friend and ally Batou is played by Danish actor Pilou Asbæk, with the rest of the main cast rounded off by Juliette Binoche (France) and Peter Ferdinando (UK).

Also, the script allows for a notable mirror-image diversion from the standard Campbellian trope that most high-concept blockbusters of Ghost in the Shell’s ilk operate under.

Effectively, [Ghost in the Shell 2017] flips Joseph Campbell’s idea of a hero questing from an Ordinary World to a Special World to then take a boon back with them and help society as a whole

In this East-meets-West collage, it’s somewhat expected for Sanders and co. to take a more ‘American’ tack to the philosophy that underlies the entire Ghost in the Shell enterprise, and go to great lengths to humanise Johnasson’s Motoko in an attempt to give the audience a fully-rounded emotional arc for the character; as contrasted with the more nuanced approach to the cybernetic subject that we might find in the Japanese source material.

So, as things turn out, Johansson’s Major/Motoko discovers her human roots and sets out to reclaim them fully; rediscovering ‘her’ biological mother and embracing that her memories as genuine — which were previously suppressed by the Corporation that kept her as an agent in their employ.

Effectively, this flips Joseph Campbell’s idea of a hero questing from an Ordinary World to a Special World to then take a boon back with them and help society as a whole.

Instead, Motoko’s trajectory is more akin to a journey FROM the Special World (as a cybernetically enhanced agent operating in a highly rarefied dystopian-cyberpunk universe) BACK TO the Ordinary World (when she discovers what really happened to her ‘organic’ self and rushes back to the warm embrace of what’s left of her human family).

As the film’s coda reveals however, this about-face does not mean Motoko will quit being an agent. What the ending suggests — apart from a lead-in to a sequel that is unlikely to happen given the film’s dismal box office showing — is that Motoko will continue to ply her skills with, presumably, a renewed peace of mind and a wider understanding of the world around her. 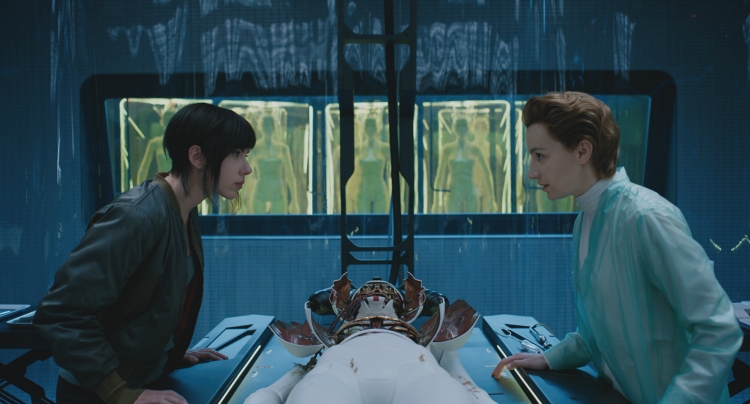 Scarlett Johnasson and Anamaria Marinca in Ghost in the Shell (2017), dir. Rupert Sanders

She is no longer a cog in the Corporation’s machine, so the Hero’s Boon she in fact brings back — and which she’s aided in giving full bloom to by Daisuke — is the ability to do her job freed from the agendas of the agency — to actually do her work for the ‘greater good’ instead of doing dangerous work in service of the Corporation’s bottom line.

Certainly, this is a small enough innovation on the concept. It’s a modest and tacked-on twist that ultimately, didn’t pay off enough at the box office, for whatever reason.

But it does point towards a realm of possibility that opens up once you give slavish fidelity the boot. 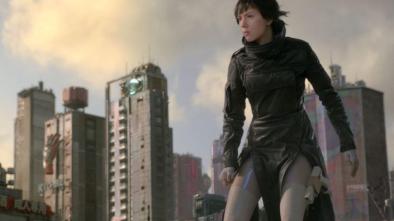 Scarlett Johansson in Ghost in the Shell (2017), dir. Rupert Sanders

Pop culture artifacts like superheroes and even properties like Ghost in the Shell enjoy a mythic status in our consciousness which sometimes even spans generations.

The laws of intellectual property of course bars us with tinkering with them liberally — though the very nature of the internet runs counter to this idea, but that’s a discussion for another time — but licensed adaptations should at least be allowed a take on them that brings in something fresh.

We could make the mechanical vs organic metaphor here once again: with Marvel Studios and the like producing functional and successful but ultimately uniform fare while those filmmakers allowed to do something different are making wonderful work out of the unpredictable organic matter of Story.

But what it also brings to mind is, if you want something done differently, you should just up and do it yourself.

Unlike the dazzling but oppressive cybernetic interface that gives Ghost in the Shell its dystopian kick, the internet provides those willing enough to go the extra mile at least some leeway to producing their own stuff based on the things they love.

And if what you love is genre fiction, there’s plenty to play with there that will not, in fact, get you in copyright-related trouble…