Being overwhelmed is part and parcel of going to any convention. I would argue that it’s actually baked into the experience from the word go — the idea that you shove yourself into a large space — usually one with inordinately high ceilings — to experience specialised events and ‘network’ incessantly is not a recipe for being chill, exactly.

Worldcon 75, having taken place at the Messukeskus in Helsinki from August 9 to 13, was certainly one such experience for me, and judging by the exhaustion of many other science fiction, fantasy (etc.) writers and fans who I came into contact with over this intensive batch of days, I wasn’t the only one.

But neither would I say that it was all draining, or particularly difficult to grasp.

Part of this is down to just how much better a time I had at the Worldcon this year than I did back in 2014 — the so-called ‘Loncon’ in the — you guessed it — still-not-blighted by Brexit UK capital. Perhaps the event itself is not entirely to blame for my awkwardness (and I had my good friend Alistair Rennie guiding me through the worst of it anyway) but learning the ropes and pacing yourself is what the convention should be all about. 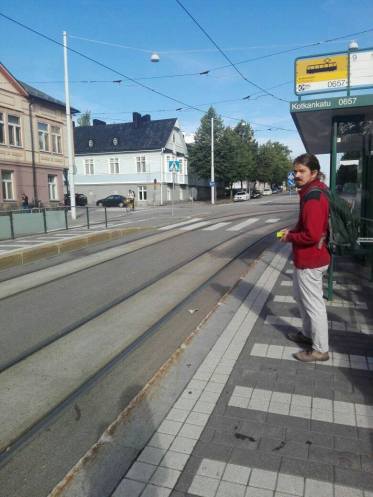 There’s also the fact that Helsinki seems to have attracted a batch of people whom I knew online but hadn’t yet had the pleasure to meet ‘IRL’ — largely thanks to the fact that I had lured them to participate in Schlock Magazine in some capacity, which now being more than ably run by my little sister. There was an especially nice symmetry to the fact that the lovely trio of Gregory Norman Bossert, Kali Wallace and John Chu served as both a welcoming and a farewell committee for myself and my new bride (who was bemused by the whole affair but, I’m sure, enjoyed the company and is bound to have taken some lovely (film) photos of our various gatherings).

In what was to become another through-line for the trip, that trio are alumni of the celebrated Clarion workshops — just like two other friends I was lucky enough to chat with on more than one occasion during the Con; Haralambi Markov and Karin Tidbeck. The latter, whose novel Amatka you should definitely check out and who was among the many people kind enough to write me a recommendation letter as I applied for — and won! — the Malta Arts Council grant that allowed me to come to the Con in the first place, openly recommended that Clarion should be the next step forward for me.

We shall see what the future holds in this regard… actually, let me rephrase that: I will have to see just how I can manage to rustle up the necessary funds to attend the Clarion Science Fiction and Fantasy Writers Workshop, since its benefits were made empirically evident for me throughout the Con.

On a panel about European Myths and History (ambitious, much?)

Standing — or as was more often the case, sitting — shoulder to shoulder with the Clarionites for the best part of a week could easily have made me feel out of place, were it not for the fact that they were, for the most part, really nice and accommodating every step of the way. Perhaps the knee-jerk clubiness of Maltese culture is what leads me to assume that everyone ends up that way. When in fact, it’s certainly not the case; and going to events like this Con is a clear reminder that pretentiousness and ‘attitude’ of any kind is never helpful if you want to get ahead in any creative industry — be it based on writing or otherwise.

Indeed, I will remain forever humbled by some of the writers I’ve met and who, despite their success guaranteeing them a certain degree of autonomy, still found enough time to speak to me one-on-one and offer their professional advice in a candid and expansive manner. Part of that, I think, is borne out of a desire to ‘pay it forward’ after your own creative trajectory has been so tough (even if the rewards came, in the end). 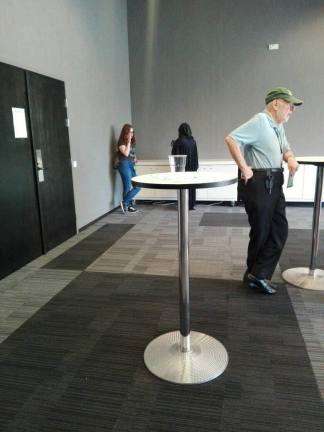 It could be a dispiriting fact to remember, but I also find it inspiring. It’s a reminder this word-wrangling business isn’t just a ghostly pursuit, but a field whose steps you can climb.

There’s a lot more that could be said about the Con; or at least, a lot more that I could say from my perspective of it, which — owing to the overwhelming-by-proxy nature of the thing I detailed above — would necessarily be subjective to a fault. Starting with my own discomfort with certain performances of ‘fandom’ — hence my unsurprising focus on the dynamics between writers — and ending with my own perceptions of Helsinki itself — a beautiful, calming place that will hopefully get its own separate blog post — but I’d much rather leave things as they are: an airy but fresh perception typed out during a balmy Mediterranean night (so different to the cutting freshness of its bright, Finnish counterparts).

Because the fruit of the many conversations that happened at Worldcon 75 — and, should it not be obvious enough by now, the conversations are what I valued the most out of the entire experience — will be made evident later. When I actually have the time and energy to write out the ideas sparked off by these chats, and to follow up on the networking possibilities that they suggest.

Let this be a promise, to myself above all.

Thanks to Gregory Norman Bossert, Karin Tidbeck, Jeff VanderMeer, T.E. Grau, Jon Courtney Grimwood, KJ Bishop, Chris Gruppetta and the organising team behind Worldcon 75 for helping me get to the con. My visit to and participation in Worldcon 75 was supported by Arts Council Malta – Cultural Export Fund.