I’m just emerging from a nasty tussle with the flu, so I write this with a paradoxical mix of mental battle-weariness and an eagerness to Get Things Done, given the powerlessness that I’ve been forced to operate under for the past week.

It often shocks me just how much we underestimate the mental defenses we have or don’t have; how quick we are to forget that the intellectual constitution we build up is important to our day-to-day. Getting sick, even with something mundane as the flu, will remind you of all that real quick. At a certain point during the worst of the fever-dream deluge, I was actually facing a demon tempting me into oblivion — the oblivion of giving up whatever I was doing and going into a 9-to-5 kind of setup, that is — while a terrifying pool of black ink just unspooled around its horizontal, muscular form that continued to dwarf and dwarf me further. Yeah.

So now that all that’s more or less (thankfully) over, it feels apt — even, that derided and often ill-used word, “natural” — to take stock of some of the stuff I’ve been up to over the past few months.

One of the main steps forward I’ve undergone professionally since October is accepting to return to a feature-writing gig at the olde homestead of MaltaToday. Well, I say “step forward”, when it actually constitutes something of a return to the stuff I used to do for them while full-time. But doing it at a freelance basis changes the dynamic somewhat, and actually reminds me why this particular facet of the job was always so satisfying.

That’s because it’s great to be given wider berth to explore topics that lie just outside my immediate comfort zone of the local arts and culture scene, given how a bulk of the features I’ve been writing concern issues like immigration, education, public transport and gentrification. Here are a few of my favourites from that batch.

‘My father was embraced with open arms by the Maltese – if that hadn’t been the case, I wouldn’t exist’

Syrian-Maltese social worker Omar Rababah sat down for a chat about the double-standards that enable Maltese racism to thrive. As someone with foreign blood but who was also raised — if not, like Omar, born — in Malta, I found a lot with which to identify in his story, something that certainly comes out in the article itself.

Another piece that ended up being quite close to home, in more ways than one. A precis of an academic paper about the geo-economic dynamics of my old neighbourhood of Tigné in Sliema, the article details how the area gradually shifted from being primarily a place of, you know, basic human habitation, into a place that exists primarily to cater to the needs of economically steroid-pumped neoliberal capitalism.

Homophobic hate speech in Malta has decreased. Why are foreigners still a problem?

A recent report has shown that while homophobic tendencies have thankfully been on the decline in recent years — in large part, no doubt, to the LGBTIQ-friendly measures implemented into government policy — xenophobia remains rife as ever. The reasons for this are both predictable and revealing.

Can social media launch the revolution against our national dependence on cars?

Out of the box, into the box: Parking Space Events

As a non-driver myself, I’ve experienced the ins-and-outs of the local public transport system through its many permutations over the years. It’s been challenging, but still not challenging enough to convince me to take up driving, particularly in as densely populated and heavily-motorised island like Malta. However, I’m in the vast minority on this one… a problem that this article addresses by speaking to a few individuals who are thinking outside the box in an attempt to circumvent the traffic problem.

The view from the other side: Arnold Cassola on the Magnificent Süleyman 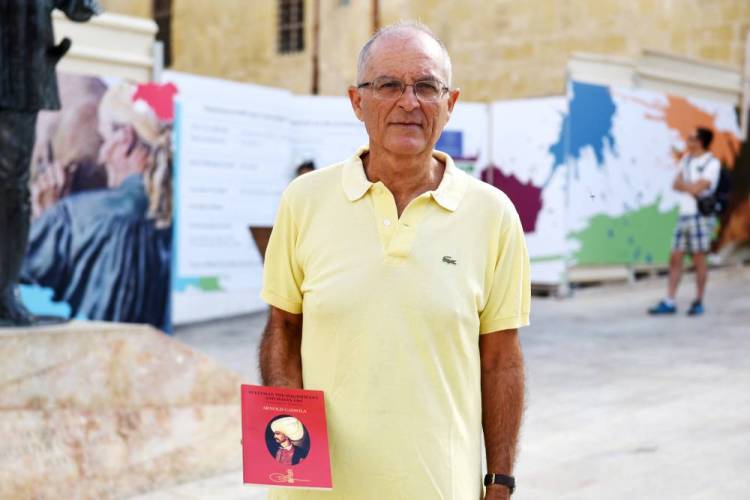 It always gives me great pleasure to puncture through any instances of jingoism, and in Malta’s case The Great Siege stands as just about the loudest of that genre of political rhetoric. I’ve done it in the past, and the latest publication by historian and politician Arnold Cassola gave me a chance to do it once again — albeit in a reduced, more subtle capacity. It’s a history from the perspective of the person that the kitsch-populist narrative will have you believe was the “villain” of the piece, and it makes for a great and necessary insight.

I’ve flagged up this chat with Karsten Xuereb — former Executive Director of the Valletta 2018 Foundation — not too long ago on this very venue, and it remains one of my favourite of this bunch so far. Namely because it’s so refreshing to hear someone speak openly about the systemic failures and own-goals of a project that was meant to deliver long-term success to the local cultural scene, only to be degraded into what looks to be — for the most part — a shallow display of crowdpleasing.

Turning ourselves into human capital

And now for something a lot closer to my usual wheelhouse. I spoke to my good friend Wayne Flask right before the launch of his debut novel, Kapitali, published by Merlin and launched during last month’s Malta Book Festival. Though I have some reservations about the novel’s narrative structure — reservations that I’ve openly voiced to its author when prompted, I hasten to add — there’s no mistaking the urgency of its satirical ‘mission’, and I’m truly glad that it seems to have found an audience.

There’s been some other stuff along the way too, and there will — of course — be more of it coming each week. Sickness or holidays, ours is a profession that never sleeps. But beyond all this, I’m also — as ever — eager to get back to a horror movie screenplay, whose on-the-page writing has finally kicked into earnest gear after years of treatments and synopses.

And in the wake of the very successful Malta Comic Con 2017, I’m only more eager to finish off MIBDUL — which, despite the many delays that dogged it, remains a beacon for me and, I’m sure, my collaborators. But another idea also hatched while chatting to some Greek creators over coffee and minced pie on that first comic con morning, so that needs seeing to as well…

Hey, we need to keep that black demonic pool at bay somehow, right?