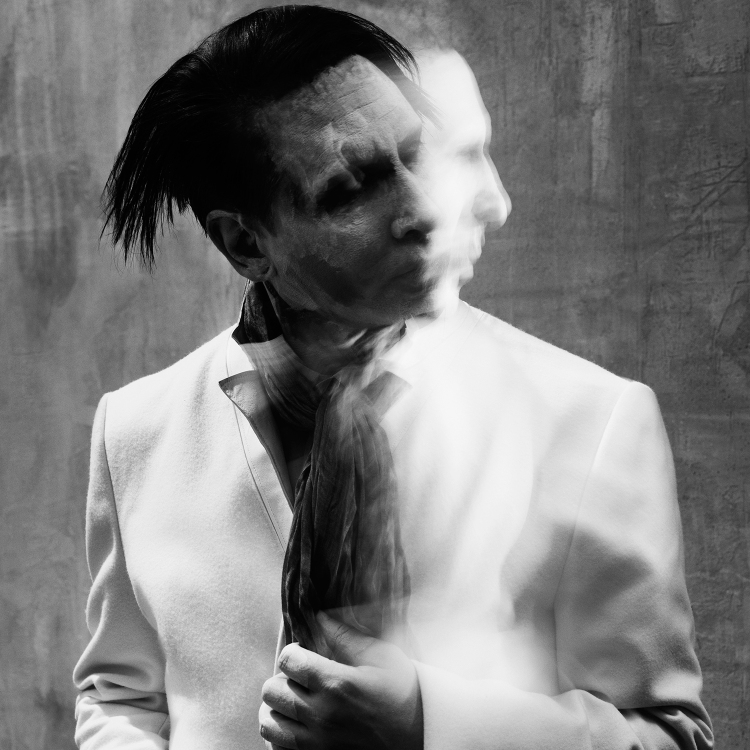 It was a combination of factors: slick marketing campaign that toned down the kitsch in favour of an appealing glacial menace, an evocative title that wouldn’t have been out of place in a Moorcockian post-swords and sorcery romp (and so was fun to think about) and a killer riff on its first single (‘Deep Six’). Whether it was one of these ingredients or a combination of all, I somehow found myself enjoying the latest Marilyn Manson album, The Pale Emperor, again and again.

The last time I dedicated as much time to a release from the former musical enfant terrible was when I was just pupating out of my own youth: Holywood, the final in an unofficial ‘trilogy’ of albums that still defines Manson’s contribution to pop culture: ‘Antichrist Superstar’ and ‘Mechanical Animals’ being the preceding albums… both of which I preferred to Holywood, though Holywood certainly made more of an impression than subsequent releases – the fact that it made an impression at all is already a step up, in fact.

There is something heartening about a former musical idol sort-of emerging from the has-been doldrums to release a decent album, and the fact that The Pale Emperor is not a tacky rehash of former glories while somehow also managing to ride on nostalgic appeal, is what allows it to pass muster, I think.

Despite the archly melodramatic title, Manson isn’t reaching for the same concept-album grandiosity of the ‘trilogy’ here. I’m not equipped to talk about the technicalities of the album’s sound and musical direction, but since Manson has always been conscious about ‘message’ to deliver either counter-cultural slogans or simply for shock value, I will say something about the lyrics.

The album kicks off with a Wildean refrain on ‘Killing Strangers’ – ‘We’re killing strangers so we don’t kill the ones that we love’ – which sets the poetic tone of the rest of it. It all tends towards the facile and it’s cringe-inducing at the best of times, but it’s so polished and earnest that I couldn’t help but find it charming.

– ‘It’s better to be blamed for robbing Peter than guilty for paying Paul’ (‘Devil Beneath My Feet’)
– ‘You want to know what Zeus said to Narcissus?’/’You better watch yourself’ (‘Deep Six’)
– ‘I feel stoned and alone like a heretic’/’I’m ready to meet my maker’ (‘The Mephistopheles of Los Angeles’)
– ‘Cannot say, I’m breaking the rules’/’If I can glue them back together’ (‘Worship My Wreck’).

What I will say about the sound is that it all comes across as less of a rock stadium courting experience, though one that still packs a punch. ‘Deep Six’, ‘The Devil Beneath My Feet’ and ‘Cupid Carries a Gun’ have a rock-and-roll sense of pure fun about them that’s infectious, and there’s also a rip-roaring appeal to ‘The Mephistopheles of Los Angeles’ and ‘Slave Only Dreams to be King’.

It’s the more vulnerable tracks that feel like innovations in Manson’s repertoire, however, with ‘Worship My Wreck’ and ‘Devil Beneath My Feet’ bolstering their confessional approach with equally ‘exposed’ vocal stylings.

I was introduced to Marilyn Manson during a blistering performance of the now-classic ‘The Beautiful People’ at the 1996 MTV Video Music Awards. An impressionable 10-year-old me was transfixed by this cross-dressing figure and his equally menacing band, ripping into the big middle finger of a song accompanied by confronting, fascist stage design as the likes of Sean ‘Puffy’ Combs looked on, aghast. He would then become something of a benchmark figure for me, and I’m sure everyone has ‘their own Manson’, whichever side of the generational divide they hail from.

For myself, Manson inculcated an appeal for gender-bending decadence which has stayed with me, and a love for gothic and subversive effects that threads through most things I love. (I never quite latched onto the anti-Christian element since I was raised in an atheist-cum-agnostic household, for better or worse).

Flawed as The Pale Emperor is, it feels good to learn that he can still punch his weight in a contemporary musical landscape. Though this time it feels less of a subversive slap on the face, and more of a welcome visit from an old friend.