As outlined in an earlier post, in the coming weeks I have dedicated an entry to each story in the new anthology Swords v Cthulhu, edited by Molly Tanzer and Jesse Bullington and published by Stone Skin Press. My reviewing method was peppered with the cultural associations that each of these stories inspire. These were presented with no excuse, apology or editorial justification. This is the final review of the series.

The Final Gift of Zhuge Liang by Laurie Tom

Though it’s not technically the last story in the table of contents for Tanzer and Bullington’s anthology,  I think Laurie Tom’s contribution makes for a fitting ending for this review series. Never mind that it has ‘final’ in the title — this epic Three Kingdoms tale has got the kind of orchestral scope anyone or anything would want to go out on.

Like other writers in the anthology, Tom tests the bounds of the short story’s ability to absorb substantial content by going large — suggesting the wider arcs of this key, and much-mythologized period of Chinese history. However, Tom doesn’t overreach, and instead focuses on a single act of military recon to tell her story of honour, ambivalent friendship and the ghosts of prime ministers (recently) past. 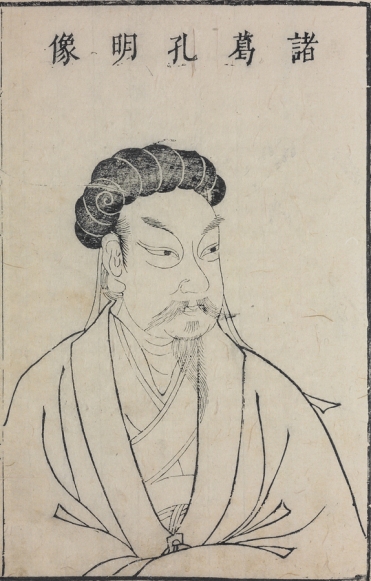 Zhuge Liang as depicted in the Sancai Tuhui (1609)

After the passing of prime minister Zhuge Liang, the military officer Jiang Wei is charged with fulfilling his final request — pacifying the region as the war rages on. He is helped along on this complex and dangerous mission by the genderfluid Ma Yun, and the friendship between the two makes for a delicate pall across this story of carefully executed military manoeuvres — tinged as they are with the supernatural towards the end.

On the pulpy vs subtle binary that Tanzer and Bullington’s anthology appears to run on, Tom’s story falls into the latter category, with the thematic focus being on keeping one’s word no matter how metaphysically impossible the task at hand may be, and with the supernatural elements being borne out of long hours of study and shown to us through ghostly fog, rather than outre displays of action and eldritch gore.

An arresting and emotionally resonant tale with a wider universe right at the edge of its peripheral vision.

And so ends my review series of Swords v Cthulhu! Thanks to everyone for reading — it’s been fun. But the fun is actually not over yet! Later on this week I’ll be running an interview with the anthology’s editors — Molly Tanzer and Jesse Bullington, so stay tuned for that.