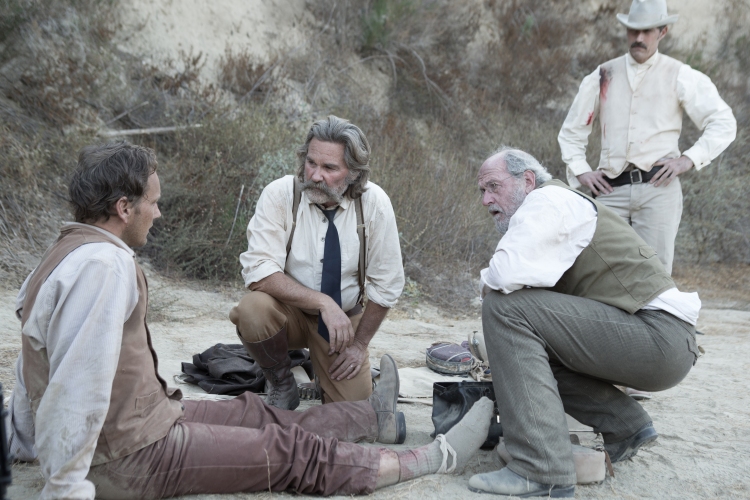 Bone Tomahawk is an odd film. But its strangeness sneaks up on you rather than announcing itself straight to your face.

Ostensibly a Western with a fairly straightforward rescue narrative, the fact that it’s something of a genre mash-up (the other ingredient being a sparse but disturbing sprinkling of body horror) is actually not its most significant feature.

Rather, this is down to how the characters – each of them grizzled veterans of some variety – are shaped.

Particularly in the case of the frail, elderly and bumbling deputy sheriff Chicory (Richard Jenkins), this often comes in tangential bits of dialogue. On this front, writer-director S. Craig Zahler, also a novelist, is like a more sincere, less showy Tarantino. This isn’t a showcase for actors to hypnotise you with acerbic, incantatory language – it’s a showcase for actors to depict the pained, distracted nature of a group of people who are in way over their heads.

‘Troglodytes’: Things take a nasty turn when our heroes meet a pack of cannibals

In fact, another Western that also stars Kurt Russell – Bone Tomahawk’s hero figure – has been directed by Quentin Tarantino himself, and reached cinemas mere months after Bone Tomahawk appeared.

But I have a feeling that, for all its seemingly throwaway mini-monologues and its abrupt shifts in tone, Bone Tomahawk will be the one that sticks with me.

One thought on “Uneven but good | Bone Tomahawk”