As outlined in an earlier post, in the coming weeks I will be dedicating an entry to each story in the upcoming anthology Swords v Cthulhu, edited by Molly Tanzer and Jesse Bullington and published by Stone Skin Press. My reviewing method will be peppered with the cultural associations that each of these stories inspire. These will be presented with no excuse, apology or editorial justification.

The Savage Angela in: The Beast in its Tunnels by John Langan

Langan’s story opens the collection, and in some ways it’s a no-brainer because it appears to have the swashbuckling swords-and-sorcery spirit of the works of Fritz Leiber (who comes highly recommended in Tanzer and Bullington’s backmatter).

But as befits my own introduction to Langan’s rich and satisfying short fiction his contribution here plays with the expected references to the beat of his own drum, getting mileage both from the immersive, ‘innocent’ elements of the genre while simultaneously playing a postmodern game with them.

Our protagonist, Angela, needs to slay a beast and she sets about doing so with the help of her talking sword — the significantly monikered Deus Ex Machina. With an archetypal-as-can be premise, it’s becomes clear from early on that Langan is more concerned with exploring just why the swords-and-sorcery genre continues to interest us, instead of simply replicating its tropes.

Like other stories in the collection, there’s a whiff of the coming-of-age narrative to Langan’s tale too, with Angela being a novice who’s only just learning to make the best use of her powerful weapon. A prevalent meme, to be sure. 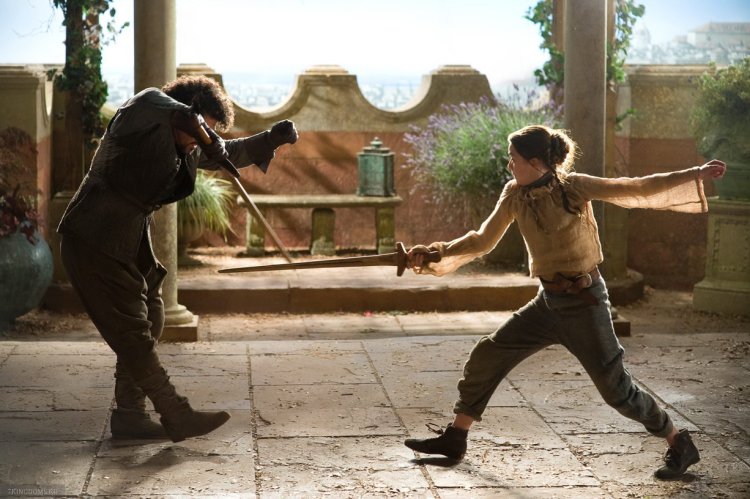 But more importantly, the schematic set-up of the story — coupled with the fact that it’s all baldly archetypal: the monster serving the role of Minotaur — reminded me of how ‘mapped out’ fantasy narratives often are.

This is why Dungeons & Dragons is such an important touchstone for both fans and practitioners of the genre. In a similar way to writers who are conscious of the formal and historical make-up of fantastic literature in all its forms — here I’m thinking of the likes of Italo Calvino — Langan reminds us that the rules exist for a reason.

One reason being that we will always rationalise what we don’t understand, and that the mechanics of slaying/solving the monsters that emerge from the abyss of uncertainty will always make for compelling reading. Because we are hungry for answers, even those we know will never be forthcoming.