April got underway to a head-start as I finished up my soujourn at the Kinemastik Film Club by screening the both beloved and reviled cult classic The Fifth Element to what seemed to be a pretty nostalgic and misty-eyed audiences.

The film was certainly a lot of fun, but it also felt a bit patchier than a lot of us remembered; with a jokey mess of a plot and visuals that were — yes — stunning in parts but hardly had enough ‘wow’ set-piece moments to justify the cult status Besson’s space opera still enjoys (as bolstered by both the Moebius inspired settings and Jean Paul-Gaultier costumes).

It was still somewhat heartening to see all that taking place on the big screen at the British Legion in Valletta, as I’m pottering away on my own piece of decidedly ambitious but also — one hopes, as a check on said ambition — silly and satirical slice of sci-fi. But soon after that, I was invited to participate to a project that teased at the more sober qualities of that same genre…

Last week was in fact a pretty hectic one for this exact reason, but that doesn’t mean it wasn’t rewarding. While details remain under wraps until the first week of May when the exhibition is set to open, what I can in fact tell you is that my friend Glen Calleja of Studio Solipsis invited me to do some writing for him at his Rabat studio, and that it was a great — if rather exhausting — time. 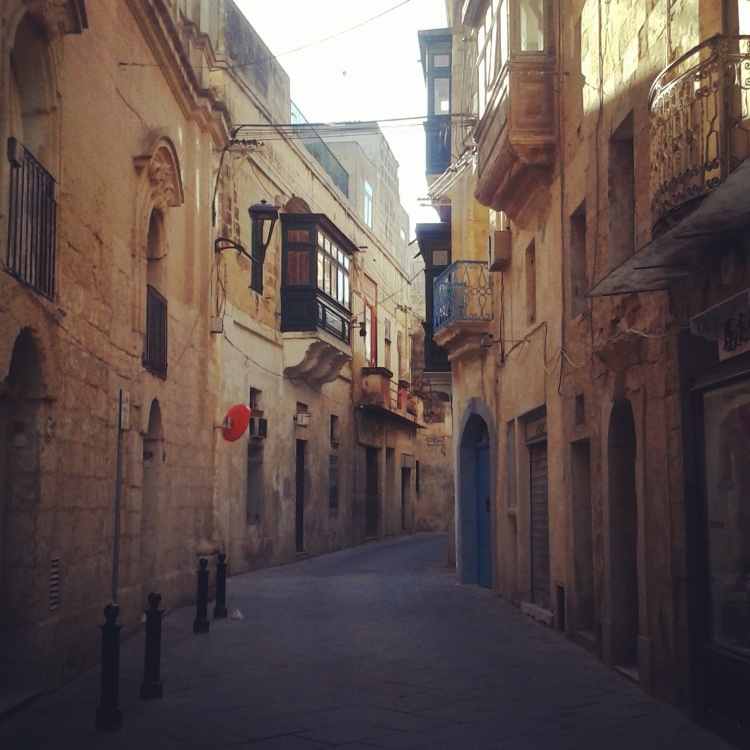 A studio in Rabat is a great thing to have

The extended exercise took its cue from a workshop organised some months back, and focused on a collective imaginary of the future. The content I was creating channeled paranoia about surveillance and smart technology, and took the form of fabricated (not ‘fake’!) news articles, surveys and the interpretation of surreal prose texts — or are they coded messages by underground movements?

Even apart from the coolness of working in Rabat and Glen’s zen-like demeanour and keen intelligence — and, of course, the project’s own rich potential, which runs on the intriguing paradox of mixing futuristic speculations with the instruments of the archive — gave me ample opportunity to flex some storytelling muscles.

I’ve always been one to work to limits, but being told to write something creatively based on a fabricated news report, or culled from — also fabricated — surveys and coded messages, gave me a special kind of frisson. I will definitely be applying some of these devices to my own writing in the future. 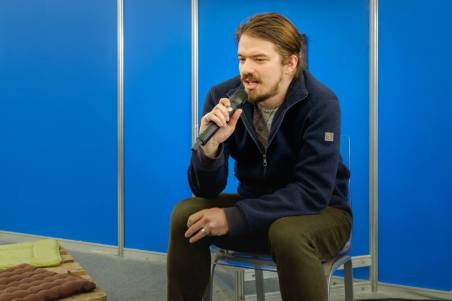 As it happens, Glen Calleja was a stall-mate of my dad’s at the Campus Book Festival which ran at the beginning of the month — book-binding is one of his many skills — and it was after he heard me speak at the event that he proposed we collaborate on the Archived Futures project.

The talk — which took place on the bright and sunny morning of April 4 — went reasonably well, I felt. The original idea was to do something about MIBDUL together with Inez, but she happened to be in London for a workshop at the time. So instead of a visually-enhanced guide of how we’re slowly putting the comic together, I decided to speak about how my first novel kicked my ass into submission and taught me that structure is a very important thing indeed — and not, as I had foolishly assumed, the provenance of those who lack verve and imagination.

Some audience interaction proved that I was not alone in these concerns, and it’s always nice to find real-life correlatives to conversations you would normally have online — which lend a disturbing patina of anonymity even to your closest friends. 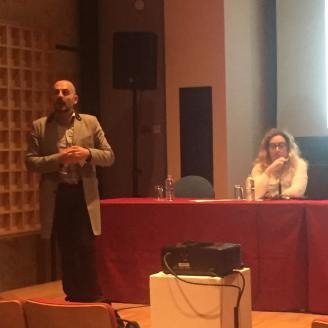 More recently, I was asked to participate to the latest edition of the ‘ACM Lab’, which are public talks organised by Arts Council Malta on various issues germane to Maltese culture. This time around it was all about censorship and/or censorship, with lawyer Dr Jeanine Rizzo breaking down the new laws pertaining to freedom of expression, which led to a debate with theatre-maker Adrian Buckle — who bore the brunt of the law as it previously stood — and Mario Azzopardi of the Film Classification board.

The discussion was polite enough, with all of us agreeing that transparency is key in age classification — citing the BBFC as an admirable benchmark — but that when it came to theatrical productions in particular — whose producers are now free to self-classify in Malta — an element of risk always remained.

ACM’s head of strategy Toni Attard asked me whether I think Malta’s artists were ready to take full advantage of the newly relaxed laws, and whether evidence of this can be found on the ground. As ever, I believe that the ‘slow’ approach is necessary to all of this; we should keep our eyes peeled on what’s happening, but also be patient enough to wait until enough evidence has accumulated before making our final analysis.

And in our spare time…

Beyond all that, it appears that science fiction is something of a running thread this month. I’m taking steps towards making a trip to WorldCon 75 at Helsinki possible right now — read: assessing the financial viability of it all — which has motivated me to pick up a couple of Hugo shorlistees. 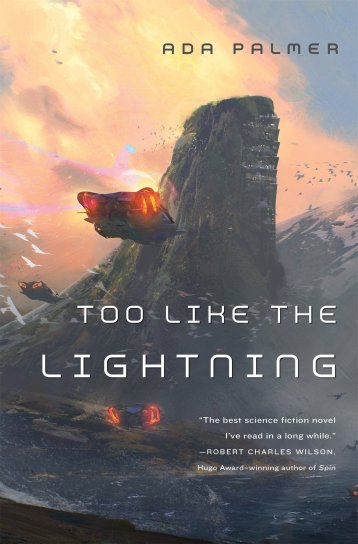 I’ve started with Ada Palmer’s ambitious and, let’s be frank, pretty fucking dazzling Too Like Lightning, which I can only describe as far-future SF written by a member of the Enlightenment literati from the 18th century. I’m only about a quarter of the way through and I’m not sure I’m quite getting all the nuances of the labyrinthine world that Palmer — a 35-year-old professor of history from the University of Chicago — plunges us into, but I’m also hooked.

Easier on the intellect but no less engaging is The Expanse, which I’ve finally gotten to after stalling for a few months and following a slew of recommendations. It certainly doesn’t disappoint: the world-building (!) is tight, controlled and crisp, the characters are richly but clearly drawn and the political intrigue is on the right side of soap opera.

Sure, Fifth Element it ain’t. But I’m looking forward to burning through the rest of it.