It’s been a while since a summer blockbuster has impressed me as much as Christopher McQuarrie’s Mission Impossible: Fallout has, and this speaks to both my own fatigue with the Hollywood mainstream as well as the very evident mechanics which foment that fatigue.

I’m writing this literally minutes after having also enjoyed Ant Man & The Wasp, but that enjoyment was tellingly less pronounced when compared to the exhilaration I felt during particularly the latter act of the Tom Cruise-starring superspy epic, the poster for which I was left to gaze on longingly during our intermission for the latest Marvel Studios installment — yes, intermissions are still a thing here — and wishing that I was back in there with Ethan Hunt. 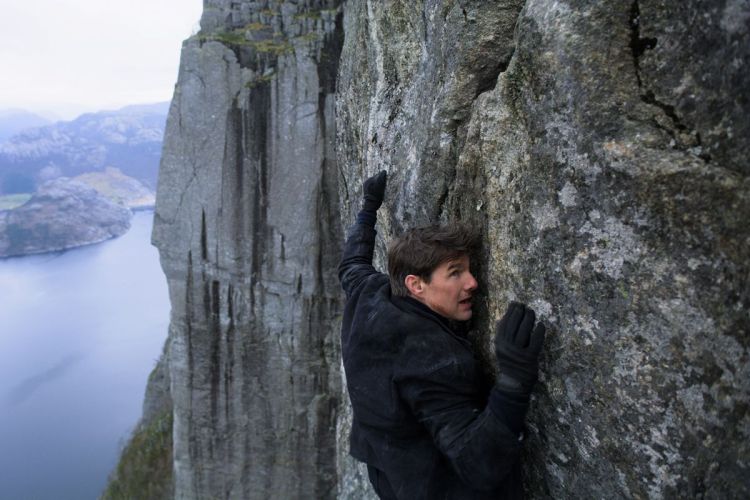 I’m tempted to assume that a heady confluence of factors led to the Mission Impossible franchise being the primary rallying point for action cinema this season. One of them is Tom Cruise’s sheer determination to cement his status as a still-viable action hero, as he sets out on a warpath to run, climb, punch and kick his way out of an uncomfortable whirlwind of tabloid-friendly personal eccentricity.

The other is the simple existence of the John Wick franchise, which reminded all and sundry — but most significantly, studio heads — that shaky cam should no longer be the way to make action movies, and that if you do it properly, all the money you spend on thorough choreography and lucid camerawork will be recouped by an appreciative audience.

It’s also a reminder that action is a balletic feature of any narrative, that should be taken in slowly and savoured. Unlike the Michael Bays of this world, McQuarrie seems to understand that action is not a condiment to be assaulted with. It should be an integral part of the meal — a showcase piece, to be sure, but not a murderously spicy dish that brings tears to your eyes before coming to life to punch you in the face, leaving you black-eyed and confused.

Another thing that also made Fallout so endearing is that it tapped into the vein of espionage-pulp that the Bond franchise has gone weird on, and that Bourne has reduced to a gritty sludge that nobody is biting on anymore. It comes down to a pact with the audience – an understanding that these are superhero stories where the heroes have no powers but do superheroics regardless, and where technology is effectively magic.

So yeah. Mission Impossible: Fallout. I liked it a bunch. Read my ‘official’ review of it on MaltaToday by clicking here.