Just returned to the island home after a long-overdue visit to the original homeland of Serbia, and apart from the dreaded-but-expected plunge back into the heat and a grudging return to the work routine, what sticks in the mind is that heady cocktail of nostalgia and sentimentality that such a trip inspires, and which, I think, even those most impervious to such irrational (but all-too-human) reactions would find difficult to short-circuit.

Apart from the usual visit to relatives – a nicely balanced town & country trip encompassing both Belgrade and the Vrujci Spa – this time I also joined a group of fellow Maltese on a tour to Kovilj, a village near the city of Novi Sad known for its rich stork population and which boasts a proximity to the Danube.

Some non-euclidian architecture courtesy of the Kovilj monks

There’s obviously something bracing about visiting your native country after six years, not least because you’re bound to change your perspective substantially since the last time you were there.

One of the reasons for my absence was that I wanted to travel a bit more. Malta -> Serbia was pretty much the extent of my travel experience for the longest time – i.e., until I was granted Maltese (and therefore EU) citizenship a couple of years ago – and having now seen a bit more of the rest of Europe, I could view the home country with a bit of a tilted perspective.

Belgrade itself certainly reminded me of other places now – Rome, Berlin – and so I could appreciate its beauty better for placing it into some kind of context. Edinburgh was one of my favourite recent travel destinations; Belgrade doesn’t have all that much in common with it save perhaps the comfortably compressed size of its city centre – a coziness I find essential.

Malta is infamous for its lack of greenery, and an aggressively neo-liberal policy of its current government only spells further doom for the island in this regard. So the trip to Banja Vrujci – where my maternal grandparents have been keeping a summer house for 35 years, give or take – was welcome as ever, even if the overcast weather was something of a downer. 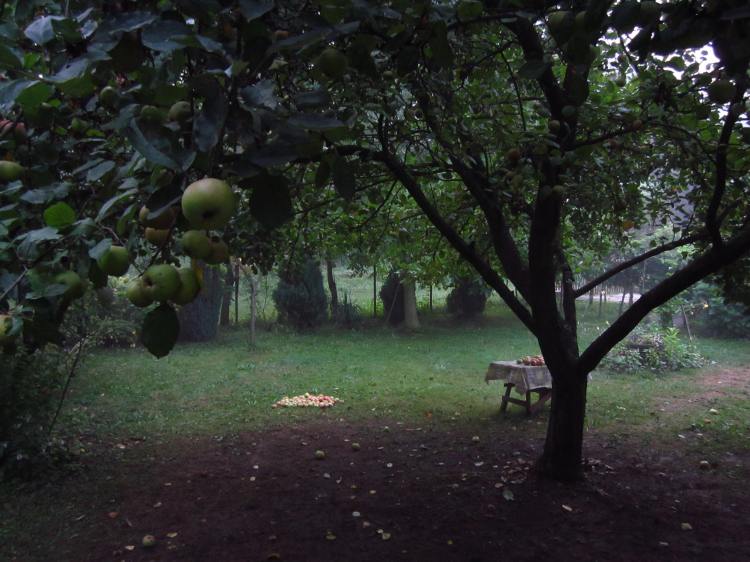 Our family plot at Banja Vrujci

But the Kovilj tour took us to other green places too – some of them housing beautiful monasteries – and it was a reminder of how Serbia, for all its problems, retains a proud farming tradition in certain areas.

One thing I didn’t do much of in Serbia is write. Between the fact that we were moving around so much and simply being on ‘holiday mode’, I can’t really say I took full advantage of a change of setting and pace to give a fresh spin to the projects I’m currently working on.

On the Danube: Algernon Blackwood was on to something

But the summer – and its attendant torpor – should be winding down soon enough. And Malta is inspiring too, in its own way. Obstinate yellow streets and buildings, flashes of beauty both random and stuffily curated, contradictions that can’t be explained and so make for great fodder. We’ll start at the Malta Mediterranean Literature Festival, then take it from there…

And amusingly enough, our Kovilj tour made it to the local online news portals…

2 thoughts on “There and back again | Trip to Serbia”