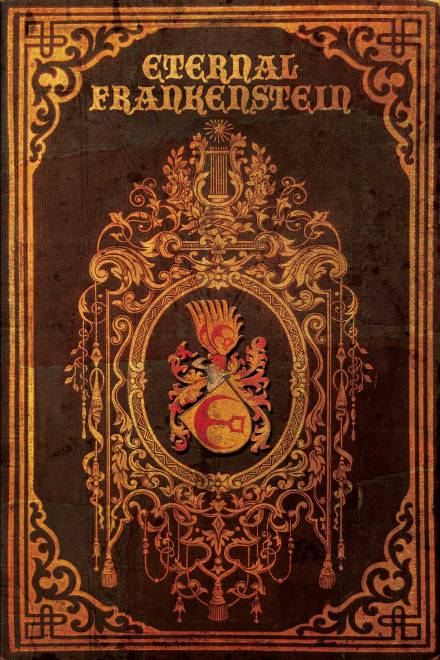 The Un-Bride; or No Gods and Marxists by Anya Martin

You’ll forgive the slowing down in pace between the last installment of the read-a-thon and this entry; I shifted country for a few weeks and had a bit of a break in between, only to return to the island homestead to the news of America’s surprising election result.

As luck would have it — or whatever variant of luck, chance or coincidence you want to call this, given the circumstances — there is not one, but two stories in Lockhart’s anthology that riff on the history and mores of what is supposedly the polar opposite of the current US president-elect’s ideological barometer: Socialism.

However, this being an American anthology dominated by the work of American writers itching for ways to respond to Mary Shelley’s text in a way that also scratches various pop culture itches, it’s hardly surprising to discover that the stories in question don’t seek to delve into the intricacies of Socialist and Communist ideology for penetrating insights.

For the most part, both Anya Martin and G.D. Falken’s contributions to Eternal Frankenstein play on American perception of the ‘Red Scare’, attacking this perennial barnacle of US popular culture from different angles.

Martin refines her angle of attack even further, placing us in the shoes of none other than Elsa Lanchester — the English-born American actress who brought none other than the Bride of Frankenstein to life in the iconic 1935 James Whale film. It’s also a story that contains the line, “Those crazy communists had saved the brain of the daughter of Karl Marx!”, which tells you all you need to know about where Martin is going with this.

An inspired piece of tongue-in-cheek pulp, the story juggles unlikely romance and less-likely forays into body-reanimation as enabled by Soviet double-agents. What distinguishes it in narrative clip and stylistic approach is Elsa’s distinctive voice. She’s a coquettish but intelligent guide that takes the story’s many spirited twists in stride, giving us a female protagonist in a man’s world who can more than handle herself — she does it while maintaining her wit and poise too (though it must be said, she’d hardly a match for her own — rather formidable — mother in that regard.

G.D. Falksen — also known as the guy whose picture you find when you Google ‘Steampunk’ — takes a flintier approach. The frankly assembled third-person story has our Frankenstein figure trying his damnedest to manufacture the titular New Soviet Man away from the watchful eyes of Stalin and while ensconced in the bowels of a freezing Kazakh steppe.

Our entry point into this world is Captain Sergeyev; an uncompromising apparatchik if there ever was one, and one whose well-being we’re emotionally primed not to care about too much, dour little customer that he is. Which is good, because while Falksen metes out what could be considered something  of a predictable denouement for him,  it’s falls on the rather pleasurable side when it does arrive.

A central moment in the story — in which the Doctor suggests that going from Fascist to Communist fanatic is more or less as easy a flicking a switch, for him — reminded me of a similar quote in the otherwise gleefully pulpy Frankenstein’s Army (2013); which takes the more traditional route of having Frankenstein as Mengele (rather than a renegade Communist weird scientist).

If nothing else, both Martin and Falksen prove that war and its fallout is ripe pickings for Frankenstein stories, with many corpses vulnerable for desecration by the equally numerous ideological nut-jobs ready to tinker with them… while the still-living attempt their Creature’s shamble back into normal life with varying degrees of success.

James Whale himself certainly knew it.