Wither on the Vine; Or Strickfaden’s Monster by Nathan Carson

One of the fun things about the kind of spirited pastiche that tends to animate anthologies like Eternal Frankenstein is that the fun can easily be had from various sources, or at the expense of literary and historical figures that can plausibly be co-opted into the overall schema of the legacy left behind by Mary Shelley’s original text.

Nathan Carson’s tale certainly makes the most of this tendency, meshing not one, but two key historical characters — of, it must be said, varying degrees of prestige — into the overall mix of a Frankenstein-inspired story.

The titular character of Kenneth Strickfaden is inspired by the real-life figure who brought unforgettable Hollywood props from some classic Hollywood movies — most famously, as it happens, the lightning-powered device that brings the Creature to life in James Whale’s groundbreaking adaptation of Shelley’s text.

Because his car breaks down in a desert canyon near Utah, Strickfaden finds solace in the company of the enigmatic Mr Baldwin, who offers him lodging and car repairs in exchange for his help with some left-field science experiments he is conducting in his home; Strickfaden’s admittedly amateur reputation as a quirky tinkerer preceding him thanks to a one-off appearance in the pulp magazines of sci-fi pioneer Hugo Gernsback.

What follows is a decent into weird science as pushed into weirder extremes by particularly American religious convictions, with Strickfaden discovering more than he should about what Baldwin’s been up to — specifically, how his community aims to ‘treat’ some of its ailing women — before being given the opportunity to cross paths with one of his idols: the one and only Nikola Tesla.

Tesla’s reputation as a real-life ‘mad scientist’ animated by Romantic ideals — and beaten down by the capitalist machine — renders him particularly vulnerable to appropriation by modern speculative fiction writers. But while the Tesla in Carson’s story still comes to us draped in the same legendary aura, his depiction is far less flattering — and certainly less heroic — than one has come to expect. Here, Tesla remains an eccentric genius who produces results, but he’s also as much in love with money as he is with his creations, and doesn’t seem particularly concerned with human life beyond its impact on his experiments. 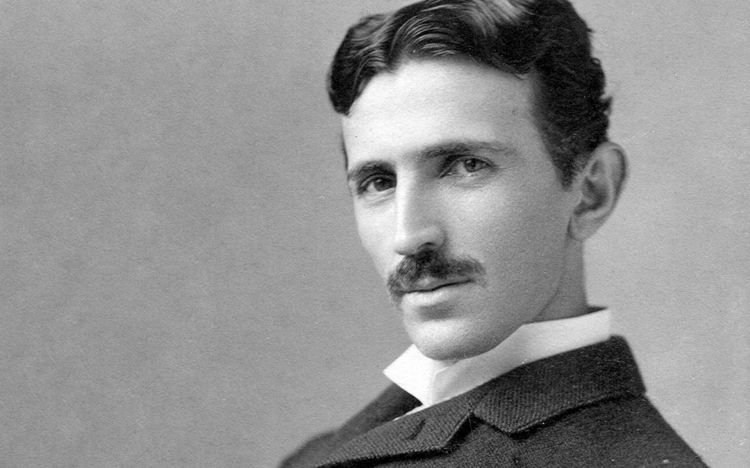 In short, he is the true Victor Frankenstein of the story — we could say that Baldwin is initially placed as something of a red herring — but because Carson tells the story in a slow-burning, old-timey tone that exudes wry irony, Tesla is presented as a blackly comic figure rather than an out-and-out villain.

It’s clear that Carson is having fun creating a situation in which Strickfaden and Tesla get to meet: it’s a kind of ‘origin story’ for Strickfaden, actually. And in fact, Baldwin’s religious community is presented as little more than an easy-to-ridicule gathering of desperate, credulous people who get what they bargained for when they meddle with the natural order.

Which is ironic, because whereas the Victor Frankenstein of Shelley’s original text was always keenly aware of the fact that his work may be an affront to God, Baldwin and his followers have convinced themselves that what they’re doing runs in exact tandem with God’s wishes. Stuck in the middle is their sly enabler — Tesla — and Strickfaden, an accidental hanger-on who ends up helping both sides.

In short, it’s a story about that peculiarly American trait of improvising with newfangled phenomena — be they scientific innovations or religious sects — and then doing your best to profit from them, or at least survive with all your limbs intact when it all goes to shit.